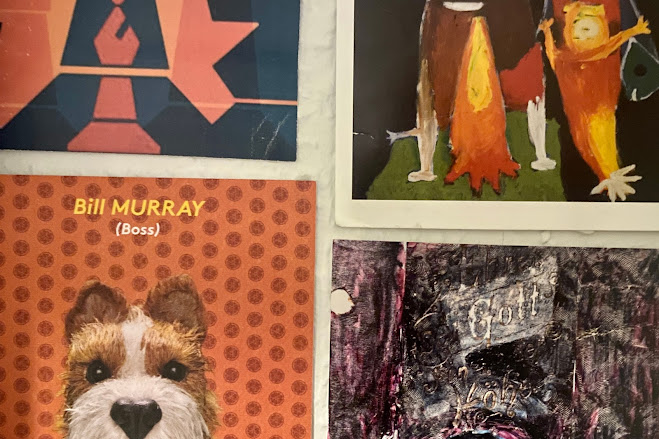 After discussing  communicating your ideas , I was thinking a lot about why I write and who I write for. I was excited to hear about challenging the system - I also think I’m doing that, alongside trusting that practice as research does that - right?   In my essays I began to explore experimenting with form and convention - and I feel I came to somewhere really interesting. Not just breaking form for the sake of the challenge, but discovering the form that is most reflective of myself - or even just approaching the form as equal to the other forms within my practice (teaching, making, performing, discussing, being etc).   However, I come back to the idea of hypocrisy, and I wanted to sit down now that I have five pieces of writing and see what they really have become. I worked with an amazing producer in London called Ashleigh Bowmott, who was also experienced in dramaturgy - one of my favourite things they did was give very factual notes after we would do a run of the performance, thi
2 comments
Read more 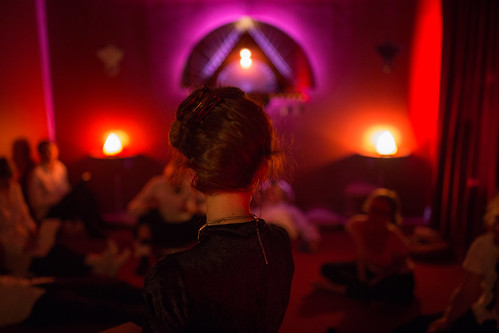 Last weekend I visited Sisters Hope Home for Floating Inhabitation , a 5 year research project which looks at artistic frameworks of living. The performance starts at 14.00 in the afternoon and finishes around 12.00 the next day.  Sisters Hope Home also hosts residencies, longer stays and the opportunity to do multiple inhabitations. There are no electronic devices allowed inside, each inhabitant is given a notebook which stays in the home - contributing to a larger archive of the research itself. It is part of director  Gry Worre Hallbergs'  process of Sensuous Learning to discover The Poetic Self.  I'm a little sad I didn't have Hallbergs' PhD  Sensuous Society – Carving the path towards a sustainable future through aesthetic inhabitation stimulating ecologic connectedness as a model to compare to my prior learning process - I'm sure it would have offered new insights to the wide possibilities of what learning can be. It's also just exciting to experience an
Post a Comment
Read more 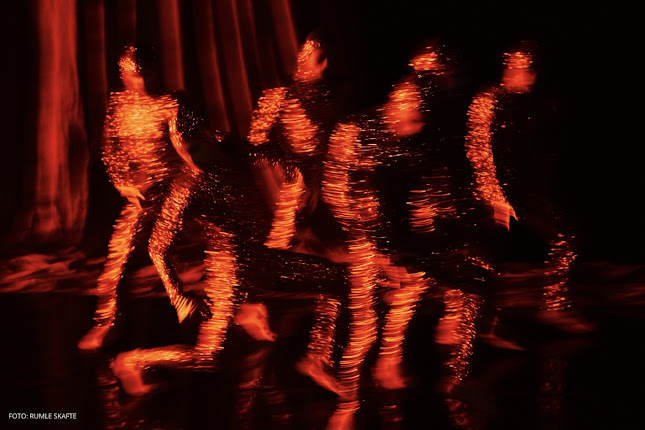 Do you read reviews? We had a premiere at work last month and I realised I haven’t really defined my relationship to dance critics. I thought it could be an interesting thing to reflect on - also to consider within my considerations of reflection (?). There’s also a brilliant book called Writing Movement: Expeditions in Dance Writing (2014) which looks at different relationships and trainings in writing about dance. We actually had many good reviews, but mostly they were a little bland. I think it’s so interesting with giving things numbers, in Denmark it’s out of 6 stars. We got a lot of 5 star reviews from reviewers who praised everything - what then makes up that last star? I guess it’s reserved for excellence, it goes beyond whether the show met criteria and becomes a feeling? I’m not trying to sound cynical here, I actually think it’s super interesting. I would wish for more reviewers writing more critically around this, even if it’s just to acknowledge the feeling that it wasn
6 comments
Read more 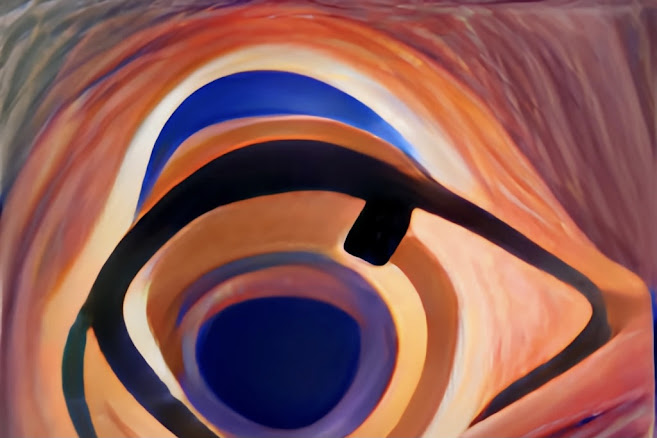 Hi friends, I’ve not blogged for a while, it’s the first thing I let slip when I’m in deadline mode. Which I shouldn’t do because lot’s of interesting learning is happening that I forget to put words to. But I’m not judging myself too harshly… I think I also sometimes struggle to separate the reflective writing in my blogs and in my essays, I know they’re very different but in principle I feel like I try and be honest and critical in both - so it feels a little like the same overworked muscle? Anyway I wanted to write about interest, I was thinking about it within our ecosystem - I love when I’m super fascinated with something one of you is working with when your practice on paper is just so different to mine. I also recognise the value in trying to be specific in my interests, maybe it will be too insular to be applicable to what you do - but I think that’s okay. Not everything is a universally applicable idea, even if I can boil it down to that in some way- so I try and be okay with
2 comments
Read more 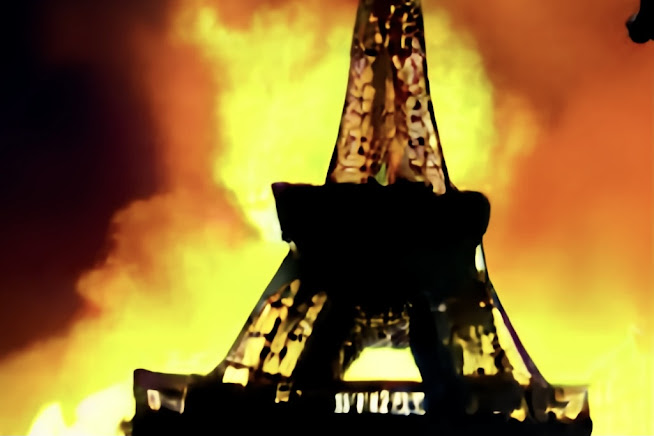 Hello friends,  I’ve just started my writing around reflection and professional learning and I am back to considering my work in tangible space. I needed a prototype of an idea and so I used artificial intelligence to generate some images of what I was working towards - I think this is really fun but also a really useful tool for transcribing my words into images.  It inspired me to try it out as a blogging format - I’ve written eight sentences that sum up where I’m at - and I will let AI turn them into things. I'd love to hear what you can make of it… - Paris is Burning - Gilmore Girls, Season 1, Episode 11
Post a Comment
Read more 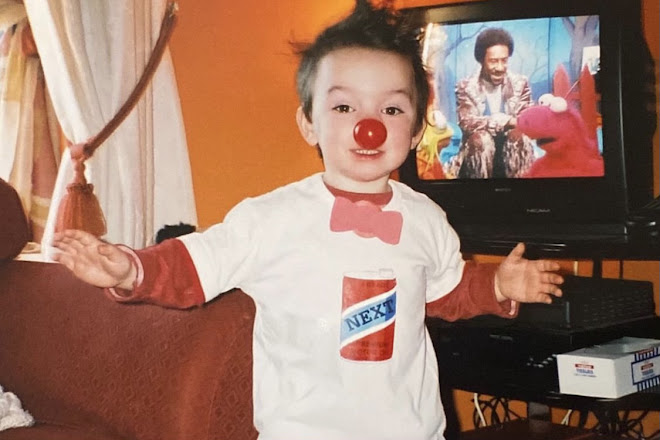 I’m back to writing today, trying to structure the theories presented in Ahmed’s Queer Phenomenology as a framework for experimental learning. I’m taking a lot from this: In a way, the utterance “I can” points to the future only insofar as it inherits the past, as the accumulation of what the body has already done, as well as what is “behind” the body, the conditions of its arrival. The body emerges from this history of doing, which is also a history of not doing, of paths not taken, which also involves the loss, impossible to know or even register, of what might have followed from such paths. As such, the body is directed as a condition of its arrival, and as a direction that gives the body its line. ( Ahmed, 2006) I spend a lot of my practice cutting up small pieces of paper, gluing things together and typing things out painfully slowly on my typewriter. Sometimes I feel like this is more akin to a childish art project, I begin to question why I have arrived at this point. Maybe so
Post a Comment
Read more 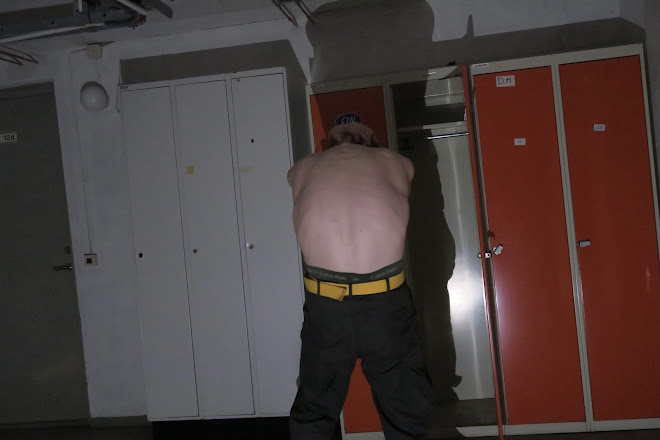 I’m not sure what to write about today. I’m digesting. My brain is both full and empty. I need a structure. I want to be in charge of it and at its mercy.   I want to offer it to you as a thing. So - I decided I would design a little online scavenger hunt, four prompts that will give me four words. I will then have to write a paragraph about each word I have. Here is the structure I designed if you would like to give it a go: Using your favourite search engine, do each of the following tasks: search for “[name of a famous person] fashion disaster!” and take the second word of the second search result search for “[the amount of pets you have] ways to get rich” and take the third word of the description of the most bizarre result that comes up search for “is quentin tarantino [pick your favourite suggested autocomplete]?” and click on the first link - take the first word of the second paragraph. search for “[somewhere you think is beautiful]” - go to images and select the first image
2 comments
Read more
More posts